When using census records--both searching and interpreting--think about that word got to your screen. 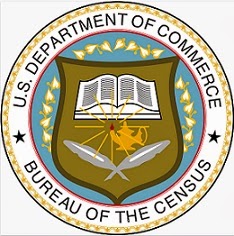 And maybe somewhere in there is was transcribed or indexed, in which case it was read.

At any (or every) point in the process there could have been a misunderstanding. Multiple misunderstandings compound errors and result in entries that are a far cry from what was said by your ancestor.

We are now hosted at http://www.genealogytipoftheday.com

Genealogy Tip of the Day is written by genealogist Michael John Neill.

Using Tip of The Day

Details on using these tips in your newsletter for free.

Every day a fresh, short idea to get your genealogy research started. Tips are archived here and also appear on Facebook. Scroll down for ways to receive the tips and to interact with other tip readers.

Tips are usually generated while I'm doing my own research--often for my weekly how-to genealogy newsletter, Casefile Clues. Tips are down-to-earth and realistic. I'm very much engaged in active genealogy research--not just writing about it. You won't find copied and pasted stuff here--tips are made up fresh and on the fly. Once in a while we may have a similar tip from a year or so ago, but they aren't recycled.

Tips are free and suggestions are welcomed.

And let others know about Genealogy Tip of the Day. It is really appreciated when you spread the news!

I give genealogical lectures and present all-day seminars across the United States. Contact me at mjnrootdig@gmail.com for information on having me present to your group.